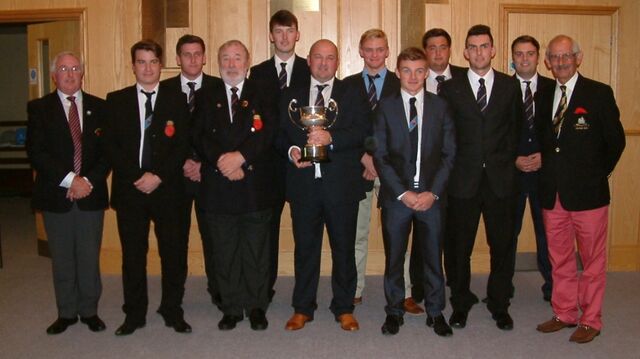 Hampshire took the honours over Essex in the second clash of the two counties in a week. This time it was the
Colts league Final at Hendon Golf Club on 12th October 2015. Essex took the morning foursomes by two and a
half points to one and a half but Hampshire fought back by taking the afternoon singles by six and a half points
to one and a half, making the final total eight points to four in Hampshire's favour. The winning team is pictured
above with the SEG President, Tony Cullen (left), The Hampshire President, Barry Morgan (four from the left)
and the Hendon Captain, Michael Farmiloe (right). 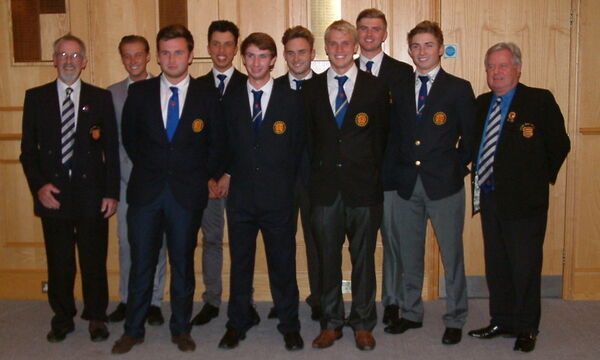 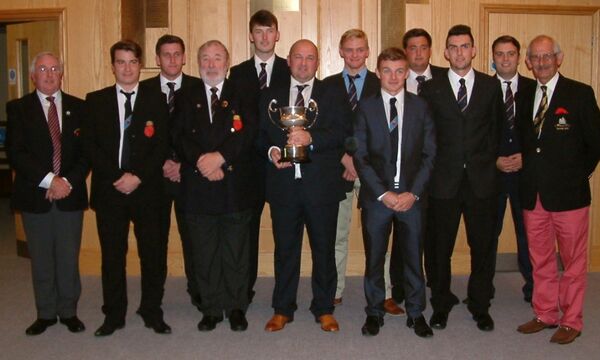