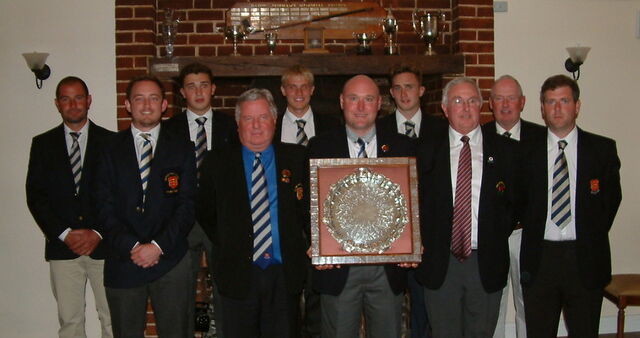 Essex win the County League Final 2014 in a closely fought contest at The Warren Golf and Country Club, Essex.
The winning team are pictured above with Essex President, John Peters (left of centre) and the South Eastern
Group President, Tony Cullen. Essex took the morning foursomes three matches to one but were pegged back to
four three down after losing the first three of the afternoon singles. Hampshire eventually went on to take the
afternoon singles by four and a half matches to three and a half but in spite of their spirited fight back, just fell
short by six and a half matches to five and a half. 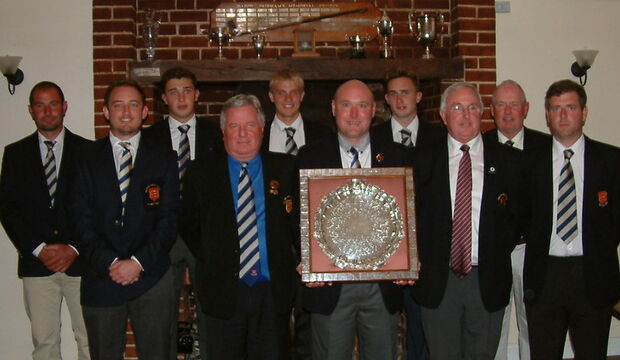 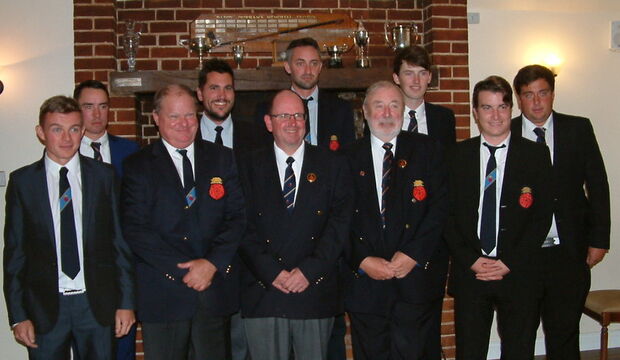